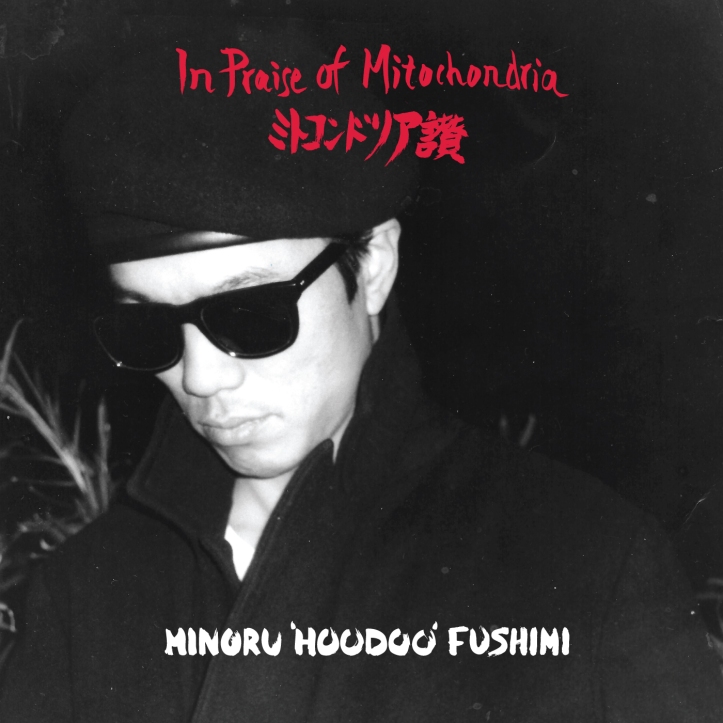 In Praise of Mitochondria begs so many questions. This collection features some of the most innovative and cohesive examples around of supreme proto-electro, vocoder jams and electro-funk music in the world music spectrum. What was happening in Minoru’s world? It’s as if his music was made in isolation from the rest of the movement, while delving into Japanese tradition. And yet the tried and tested electro-funk formula is so distinctively present in this innovator’s work and its calibre is undeniable.

As Minoru reflects: “I often got ideas from some Japanese traditional tunes, and tried to use them in the contemporary electro sound. And it was very exciting to find the similarities of sound tendency between the traditional musical instrument’s character and the electronic synth one.” 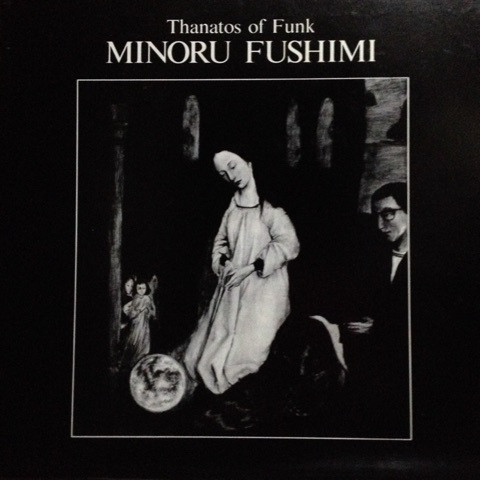 Perspectives of this cult musical era are dominated by images of New York and the breakdance phenomena. Minoru’s iconography is both classic, historic, almost anachronistic. His freshness and style are still firmly at the fore though.

Delving further into the electro-funk scene reveals movements in various cities worldwide, where alongside hip-hop and jazz-funk culture, electro-funk and boogie were the soundtracks to secret societies and underground events. Nowadays, record sleuths are trawling bargain bins around the world, digging for one hit wonders of old and exploring electro-funk roots with glee.
It’s evolution into electro on a range of key records – maturing with influences from post-punk and new wave – are being continually re-understood. There is also wider musical lineage that can be more readily traced – of course clearly mapped in Detroit and Europe – but there are also examples emerging from around the world more and more (already uncovered by various labels such as Finders Keepers and Sublime Frequencies for a while now), including such unexpected places as Syria, India, as well as South America and the Far East.

And of course to Japan where Minoru is now becoming more recognised as a true pioneer and torch bearer of the electro-funk movement in the country. 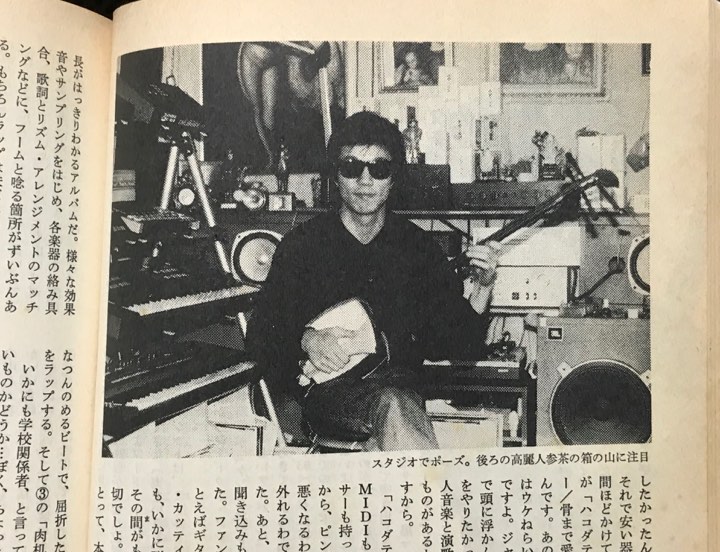 The popularity of electro among record buyers today, hooked on the distinctive and infectious grooves made by today’s stars of the scene is apparent. The modern electro movement is strong and is also linked with a resurgent passion for the electro-funk roots. The music can draw on anything from DMX Krew to D-Train, Friends Of Earth to T.W. Funkmasters, and from Stingray to the Soulsonic Force. Minoru ‘Hoodoo’ Fushimi’s music fits perfectly and sounds incredible today.

It is one of the very best compilations of the year. Left Ear Records are responsible.

Click here to read the interview in the WTM Japan section.