Ill Considered – the London based jazz quartet, championed by Brian Eno and David Holmes – release four of their best albums digitally and display their wide-ranging repetoire

The WTM favourites – Ill Considered – have been on heavy rotation recently, having recently dropped four albums from their back catalogue. Their energy and relentless productivity resulted in them releasing nine albums during 2017 to 2019 – and with no signs of stopping them – they’ve been ‘digitally touring’ and promoting the digital releases of albums III, IV (Live at Total Refreshment Centre), V and VI from that period. 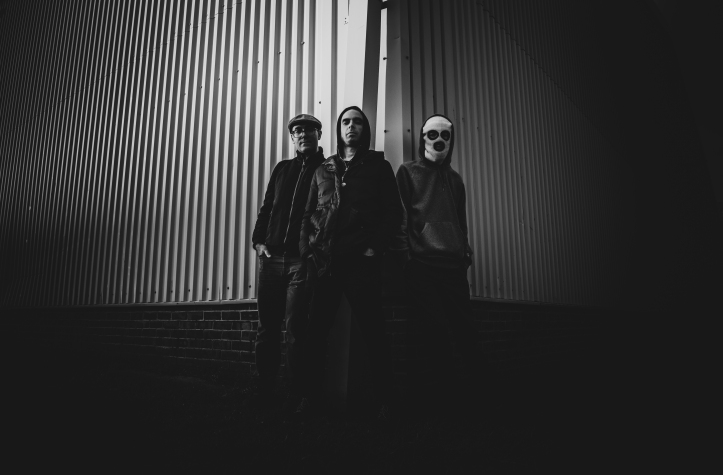 Championed by the likes of Brian Eno, David Holmes and Juni Booth, UK jazz outfit Ill Considered are renouned for tearing through an improvised yet fully-formed repertoire in single-take sessions, displaying huge versatility and a great sense of invention. As saxophonist, Idris Rahman, explains: “We are trying in real time to shape the music with repetitive hooks, dynamic builds, moments where we diverge into chaos and moments where we hit a climax as if we’d rehearsed it. We’re always looking for those points and listening to each other to feel where we’re going to go next.”

They’ve been on a ‘Digital Tour’ partly to replace a performance that was originally set to be one night only, at King’s Place, as part of the London Jazz Festival. Ill Considered comprise of bassist Leon Brichard (Wildflower), saxophonist Idris Rahman (Wildflower, Soothsayers) and producer/mixer/drummer Emre Ramazanoglu (David Holmes, Leo Abrahams, Noel Gallagher, Steam Down, Theon Cross, Wildflower, Etienne Daho).

Where their first two records build compositions from grooves and rhythmic progressions, Ill Considered III focuses on texture and mood, applying the band’s knack for collective live composition to something altogether more spiritual.

The accompanying digital release of IV shows their prowess at London jazz venue Total Refreshment Centre, being a must-hear liev set captured on vinyl and now digitally available. On the fifth album, opening track Calling is a stunner and sets the tone for another beautiful set.

Each album features original artwork by illustrator Vincent De Boer, channeling a DIY ethos that has propelled the outfit to under-the-radar cult status. Painting in response to the music, De Boer will flip the process on its head for a project later this year, in which he will create an animation from which the band will improvise and record a limited 12″ called The Stroke.

Released together with Ill Considered V, the band’s sixth offering takes things in a heavier direction, building in angular breakdowns and industrial influences on tracks like Waterfall and Single Leaf. Once again, texture and tone come to the fore, as the Ill Considered quartet is joined by guitarist Steve Ashmore. Conceived as a continuation from V, the album culminates with Percolator, a sax-fuelled catharsis that ends as abruptly as it began. It gives this jazz band that punky edge that makes them such essential listening.