Glitterbeat are one of those special labels operating across numerous continents with aplomb. They can be uncovering future stars and plucking unknown classics from global obscurity, delivering local heroes to our ears. Meanwhile, they are also pushing emerging and established talents domestically (while supporting their new artists with care) across new platforms internationally – their Glitterbeat TV station is a must watch.  As well as uncovering or celebrating artists today, they also have a connoisseur-like taste for reissuing. World music classics from decades past are within Glitterbeat’s remit, while also championing African-futurism, Turkish psyche, or blissful folk from Albania. Their remix projects are also able to shed new perspectives on essential bodies of work.

The label based in Germany prides itself on working directly with all of its artists and ensure global recognition and deserved success within the frameworks it models. Glitterbeat are a benchmark for musical delivery and were commended for their work with a fourth WOMEX award last year.

“After we have got the WOMEX label award for the fourth time in a row in 2017, artists from all over the world swamp us with applications for a release,” says co-owner of the label Peter Weber. “So we are happy to do ‘more of the same’ for the next years.”

The label now has the pick of the bunch due to its success and tireless attention to quality curration, nurturing the right artists and pushing the best music. “First of all it is, as it is with all our releases: we need to love the music,” says Peter. “It should fit in our roster and philosophy. The background and the story behind the band and the music must be of interest and of course, there must be interest from artists’ side.

“In general we have 15 to 18 releases in an year. We always try to keep a workable balance between new releases (old and new artists), reissues and remixes. There is always a bunch of our artists on tour.” Click here to see Glitterbeat’s touring artist schedule.

Current artists pushing boundaries and reshaping perspectives, include Dirtmusic and TootArd, both charting in top three positions in an esteemed world music chart (at time of writing). Dirtmusic are back for their fifth album Bu Bir Ruya, a full-scale collaboration with Turkish-psych visionary Murat Ertel from Baba Zula. Recorded in Istanbul, it “navigates hypnotic rhythms, cinematic atmospheres and dark political realities,” according to the label.

TootArd all grew up in the village of Majdal Shams in the Golan Heights, it’s a very apt name for their new album Laissez Passer.

“Laissez passers are special situation papers,” explains singer and guitarist Hasan Nakhleh. “It took us a while to realise the effect. We’re permanent residents in Israel, but not citizens. We have no travel documents. When we travel we need the laissez passer. With no nationality, we’re officially ‘undefined’.”

Both of these new releases have been pressed on heavyweight 180gm vinyl with gatefold sleeves and include unlimited streaming via Bandcamp.

One of the label’s latest reissues was a classic by innovator Jon Hassell. It was a much needed signpost back to Dream Theory in Malaya: Fourth World Volume Two, reminding listeners of this artist’s vision in 1981. Glitterbeat’s deluxe update was a vinyl highlight of 2017.

“We work together directly, with every artist we release,” Peter says. “For example: when we reissued Jon Hassell/Brian Eno`s Fourth World Vol.1: Possible Musics in 2014, they have been happy enough that soon we talked about releasing Jon Hassell’s Fourth World Vol.2: Dream Theory In Malaya. Jon Hassell even gave us an unreleased track to enrich the reissue. Now we are talking about a next reissue of a Jon Hassell album. So everybody seems to be very happy with the work and the results.”

And so into 2018. What next for the label? With a lively roster, tours galore, are there any more remixes in store? “The remix projects worked quiet good, although it is not our core business,” says Peter. “So far we did a Glitterbeat Dubs and Versions remix album and we worked together with Baba Zula on their XX album (remix part).

“It is well received by our audience, mostly because it gives them a different, a fresh view on the original recordings. We always keep an eye on remixes, but it is too early to talk about that here…”

Matias Aguayo and DJ Spoko collaborated on the EP Dirty Dancing in 2017. It came about when Aguayo – the Berlin-based Cómeme chief – traveled to Johannesburg for a label party and met the South African producer and DJ. 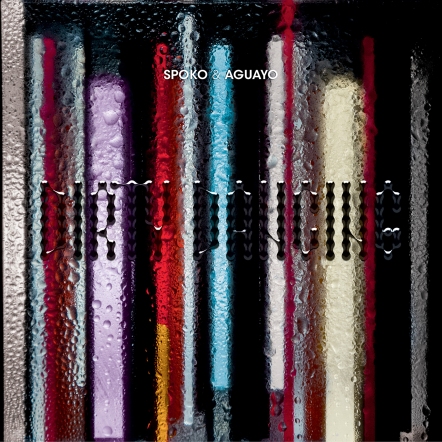 WTM: How has the South African scene been evolving in the country and how do you feel the music has been received worldwide in recent months? 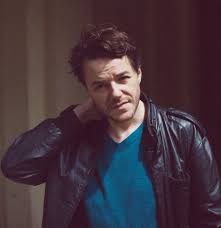 Aguayo (right) – I got the chance to visit South Africa for the first time two years ago, so I’m unable to compare it to other times. But I have been following the music scene for quite some time. The South African take on club music felt very close to our label Cómeme in a strange and pleasant way. I use the word ‘strange’ because none of us had been there before and because it seemed so far away. I was so happy when I finally got a chance to spend some time there, playing, producing and dancing. I can only tell about Joburg, and I was thrilled to meet different people from the music scene there doing amazing stuff, both modern and unique. I met DJ Spoko of course, I met Tshepang Rambo Ramoba, Aero Manyelo, Moonchild Sanelly, FAKA, BLK JKS’ Mpumelelo Mcata, and also Felix Laband (who actually lives in Capetown) and the Rudeboyz from Durban. I feel that it’s a vibrant and rich music scene and that I was surrounded by good and interesting music all the time. Regarding a worldwide reception of South African music, I think it has influenced a lot of things and I don’t mean so much Europe for instance, but more Latin America. There you can find a musical exchange that goes from south to south, and that is quite interesting.

I feel that the European and American music scene unfortunately perceive music coming from the Southern Hemisphere as something like a ‘cultural phenomenon’, rather than what I think it is: music of today.

WTM: Where did you play in South Africa and where did you meet and record with Spoko (below)? What was that like? 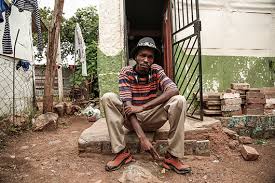 I have played in South Africa on several occasions, but most important to mention is The Bar/Club known as Kitchener’s in Braamfontein, Joburg. Most of the action happened at that place and. This is where Colleen and Ri, who are ‘Broaden A New Sound’ and do parties called ‘Below the Bassline’ and many more things,  often play with the rest of the local scene. We recorded radio shows there as well as in Tshepang Ramoba’s studio that you can hear on our radio platform Radio Cómeme.

When Colleen and Ri from Broaden a New Sound invited me to play they prompted me to do collaborations with local musicians – they knew it’s something I like to do and so they asked me if there was any musician in particular I would be interested in working with. I immediately asked about DJ Spoko as I was always into his tracks – they said “no problem, he’s a friend, we’ll hook you up!”. I was obviously very excited to meet a dance music hero of mine. So we went to the Atteridgeville township near Pretoria to pick him up, to then play together at the Bar Kitchener’s and to record music in the following days.

Both experiences were great. Doing music together felt very natural, just as we had been working together for many years. We quickly got into a nice zone of jamming, and had a lot of fun recording the tracks…Both of us have very strong and similar rhythmical approaches, it was cool to create rhythms together and to share some knowledge on how to program and improvise with those.  We kind of lived together for a couples of days and I am very happy about what we achieved to do in that time, and also by the fact that we are releasing a record that was produced in South Africa makes me very happy, as that music was such a big influence for us.

WTM: What next for you?

I am working on an album alongside my band The Desdemonas – we’ve already started touring together as a band and are also developing the music. Now we’re in the process of recording, which is very magical as there are birds appearing at our windows in the studio all the time when we record. We even have them incorporated in the recording. Live takes with birds!

WTM: Who are your musical influences, both in South Africa and globally?

Oh my musical influences are from everywhere. I grew up with the music my parents listened to, which was Chilean musicians and bands like Victor Jara or Los Jaivas, but later I would grow up with disco funk from when I was 10 to 13 or so. As a teenager I started to love The Cure but also Tuxedomoon and Liaisons Dangereuses and a variety of music, that lasted on. Obviously house and techno had a deep impact on me, but in the end I listen to all kinds of music – Bo Diddley, Andrés Landero, Baby Ford, Aksak Maboul, DAF, Mostro, rRoxymore, Menchess, Talking Heads, Manu Dibango, and many more.

WTM: Did you get to check out any gqom, pansula or shangan electro while you were on your travels?

Actually I also spent some time jamming with the Rudeboyz from Durban who are great. I find the gqom rhythms extremely modern and inspiring.