Originally from the Swahili speaking Eastern Congo, Les Mangelepa  were formed more than 40 years ago in Kenya. They have released more than 13 albums and penned some of East Africa’s best-loved songs. At their peak they won fans from Zambia to Tanzania. Their brilliant arrangements and superbly crafted songs kept East Africa dancing. In the 1970s, their stage shows featured Afro hairdos, jump-suits, bell-bottoms and platform shoes. They looked the part and now in their seventies Mangelepa are the elder statesmen of a classic sound that still shakes the dance floor. Theirs is a remarkable survival story and their fame was reignited by acclaimed album Last Band Standing on Strut Records in 2017. 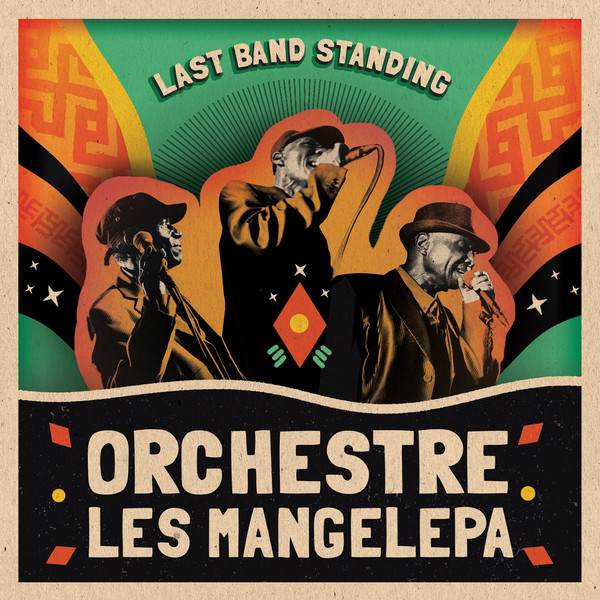 Mangelepa now have an international version of the band, bringing the three original vocalists over from Kenya and playing with 7 to 11 musicians on stage most of whom are based in the UK. This band features founding members and old friends. They are the last of their generation – sadly, other classic bands like Les Wanyika, Shika Shika, Super Mazembe and Les Marquis don’t exist these days – and Mangelepa have become an international representation of Kenya’s heritage. International releases and tours has given them a new found status back at home and they are celebrated and valued by a growing cohort of young fans.

Interestingly, many of Mangelepa’s songs made it to Columbia where they became a cornerstone of the Champeta scene in the 1980s. Champeta is a special part of Columbian musical history where soundsystems played African music, made their own versions of African musical classics adding a South American twist – recreating versions with the lyrics in Spanish and using alarms, sirens and other sonic effects. Even though they never played there, Mangelepa amassed a great popularity in Columbia that still exists to this day.

Les Mangelepa have a core of founding members who front the band, alongside other acclaimed musicians based in Nairobi and London. They never waivered from a formula that made them household names in East Africa.

One of the best known and successful musicians explains his perspective and shares the music: