Cool Change from Left Ear Records is the new compilation of Peter Westheimer and it’s a welcome examination of a musical polymath.

Westheimer is a a medical doctor, played violin in the Australian Youth Orchestra, he’s been an actor, a former deputy mayor, a street theatre performer and a documentary soundtrack composer.

The Aussie label has released a treasure trove of his music recorded between 1981 and 1993 on Cool Change. Westheimer’s debut Move was released in 1985 and sounded unlike anything else with a unique brand of distinctly Australian synth work. The second and third LPs of this intriguing artist were similarly unique (Sooner Than Laughter in 1986 and Transition in 1992). Those three releases are covered by Left Ear with six previously unreleased tracks also on this compilation.

Left Ear state: “Popular music landscapes were cultivated and subsequently redeveloped many times over during that period and certainly Peter’s sound evolved, but each track on Cool Change maintains a certain indescribable quality; a timbre that whispers Westheimer. 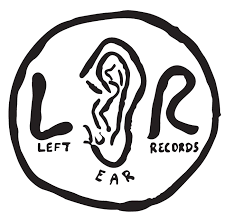 “If you walk into a record store you might discover Peter’s recordings filed under the usual headings: electronic, ambient, experimental or new age. Peter has long loved blending sounds from around the globe, with both Asian and European classical influences often finding comfortable spaces beside his synth pop sensibilities within his soundscapes. In the record stores of our minds you might also file some of Peter Westheimer tracks like Walking On The Edge or Elastic Smiles under mutant disco or divergent dance music.”