Kalita is dropping disco and boogie heat with Iwabo, while unearthing the stories behind the music

Kalita Records is an independent record label based in London and is setting the bar high with selection, integrity and journalism. All releases are officially licensed with the rightholder’s consent. Plus, the label is even filming interviews with artists and broadcasting them on their website.

Kalita is up to their third release already with Iwabo’s Reggae Down. This track was the band’s only release and was originally out in 1985. This fine reissue continues the label’s attention to detail – with liner notes and a never-before-seen photo of the band – following the in depth interview with Okyerema Asante for Kalita’s last release.

World Treasures Music spoke to Kalita boss Chris Webb and found out that this is only the beginning:

WTM – Give us a run down of the releases so far – how did you come across the music and eventually choose to reissue it?

“Firstly, in relation to NST Cophie’s, I had known about E Clôlo

for a long time, as I had heard it on an obscure Youtube clip without any track title and instantly fell in love with the song. After then hearing Bian Kou a few months after, I knew that his album Mon’Da Center was truly a lesser-known gem and deserved love and attention once again. Quite out-of-the-norm, Ernest actually has his own website through which I tried to contact him to ask if he would like to re-release his music, but never received any response. It was only after finding him on social media that we were finally able to make contact and he was responsive and interested in the fact that music lovers in London were so into the music that he had released in Paris and Abidjan 36 years before.

“After a short time we had agreed to re-release three of his songs from the album and he was willing to send a photo of himself from the time for the sleeve cover, as well as being kind enough to answer some questions that I had – the responses being truly valuable for putting together the liner notes.

“Secondly, in relation to Okyerema, Sabi (Get Down) 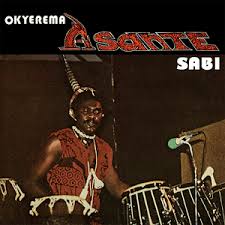 has been quite well known for some time in the West, in large part since diggers in the West started focusing on the amazing music that emerged out of Ghana in the 1970s, 80s and 90s for that matter. However, the B side That’s My Girl (which in fact has received more airtime recently than Sabi – something I wasn’t expecting, but which looking back is totally understandable) was still a semi-hidden gem. I contacted Okyerema through social media and he was very much willing to discuss working with Kalita in celebrating and re-releasing his music. After obtaining an agreement, I was able to learn more and more about Okyerema’s amazing career, from being part of Ghana’s legendry Hedzoleh band, to moving to America as part of Hugh Masekela’s outfit, and then pursuing a successful solo career whilst simultaneously working with megastar musicians such as Paul Simon, Lonnie Liston Smith and Fleetwood Mac. It has been an honour to work with him and I hope that this is just the start.”

WTM – the interviews with artists are a great idea, really well done and a credit to you.

“It’s something that I believe needs to be done much more and as anyone who watches the interview can see, we both had a great time discussing Okyerema’s life and career (as well as learning of things I hadn’t known previously, such as the fact that he had been in an ill-fated 2-week long band with Ebo Taylor, Pat Thomas and Kiki Gyan!).”

WTM – what else is coming up?

“Although the first two releases are West African disco records, Kalita isn’t just focused on West African disco. I try to unearth and re-release great music regardless of where it is from. Reggae Down is by the Trinidadian musician Victor (Irenaeus) Perelion, the fourth is a huge American gospel disco single, and the fifth is a much needed official reissue of dancefloor-focused disco out of Tampa, Florida. I guess the main theme running through is disco and boogie, but more generally it’s just music that I love that I believe needs to be celebrated again. Let’s just say that we’re only just getting started, and that 2018 is going to (hopefully!) be a great year.”