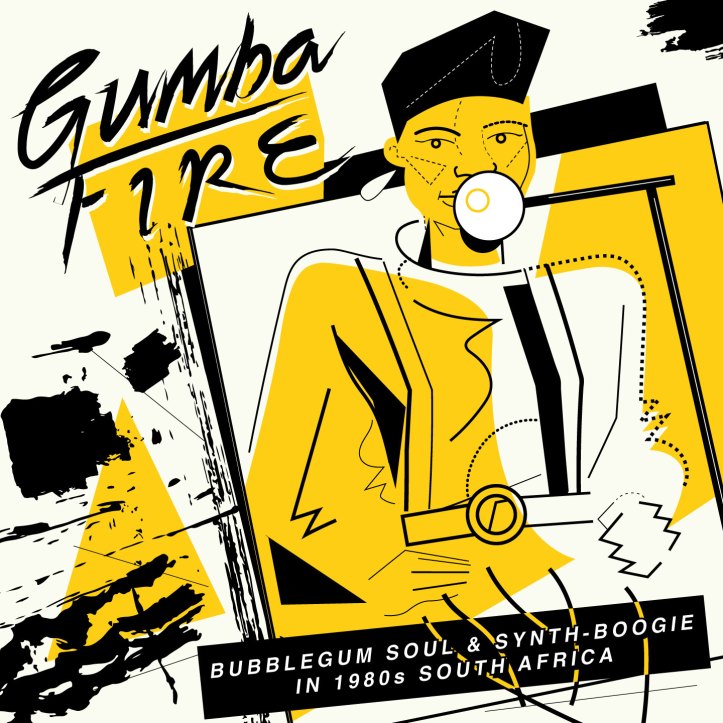 Miles Cleret and DJ Okapi have handpicked a killer selection of bubblegum soul and synth boogie and have further built on the South African canon. All tracks have never been reissued or available digitally before on Gumba Fire: Bubblegum Soul & Synth-Boogie in 1980s South Africa.

This Soundway compilation covers music that evolves from the disco-boom in South Africa and was mutating and morphing into a synth-orientated sound that was often stripped down and overlaid with deeply soulful vocals and harmonies. The 18 tracks here highlight a period where American-influenced jazz, funk and soul merged with local mbaqanga music. It then bridged into the 1990s when kwaito, pantsula and eventually house-music ruled the dance floors, shebeens and sent collectors into a frenzy (especially in recent times).

Miles Cleret is the label boss at Soundway and DJ Okapi is a world renowned collector and journalist thanks to his recent compilation work with Rush Hour and his fantastic Afrosynth blog and recently established record label. The pair explain: “The compilation takes its name from the band Ashiko’s track of the same name Gumba Fire that features on the compilation. It is derived from ‘gumba gumba’, the term given to the booming speakers of the old spacegram radios that broadcast music into South Africa’s townships and villages. The phrase later evolved into ‘gumba fire’ to refer to a hot party.

“Whilst the title may be based on a specific song it is of course ultimately emblematic of the whole album, 18 tracks that radiate a glowing warmth in both tone and in the hot intensity of some of the rhythms that spark throughout, whilst also offering an important and intoxicating insight into the history of South African music – [the] sound dazzlingly contemporary in the process.”