The Helsinki based trombonist, flute and tuba player will deliver his brand of exhilarating psych funk on his first LP later this month. 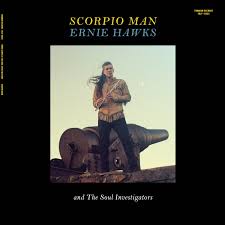 Early listens indicate the skill and dexterity of the front man alongside his band. Title track Scorpio Man displays their hardness and Street of Tears shows their ambience and mood shifting. Expect Cymande flavored instrumentals, obscure B movie tunes, hip-hop samples and library music cuts. There are also plenty of nods to classic soul and funk staples.

Scorpio Man – is a Diamond & Mink production – out on Timmion Records and is released on 23rd March. The music will be featured on the next World Treasures Music radio show.