Australian label Left Ear Records reissued the cult electro-soul jam by Shahara-Ja last year – here’s the amazing video of I’m An Arabian Knight if you missed it. Now, another cult star of electro – the Egyptian Lover – is remixing the track.

These reissues, remixes and a new audience has reignited a flame in the Arabian Knight. Here is Shahara-Ja performing in Melbourne last year.

From a lost Australian electro-soul gem we now have the Egyptian Lover’s remixes. The guys at Left Ear said: “Shahara-Ja’s I’m An Arabian Knight has gained much momentum since it’s 2017 reissue, so much so that the Egyptian Lover reached out to the label proclaiming he’d do a remix. The electro innovator,  who the original release appears to be highly inspired by, seemed like a perfect fit for this sleazy late Night groover. The result is three fresh mixes using elements of the original session tapes and the perfect touch of the Egyptian Lover’s signature 808.”

Here is a preview of the forthcoming remix:

The Egyptian Lover started out as an L.A DJ and began recording around Los Angeles in 1982 as a member of the Radio Crew, as well as Uncle Jamm’s Army. He released some of the earliest rap LPs, but they were less popular than his singles. His most popular single was Egypt, Egypt. After a break in the early 1990s, Egyptian Lover returned in 1994 with Back from the Tomb, his first full-length album in over ten years. The Egyptian Lover also established his own record company, Egyptian Empire Records. His 2015 release, 1984, continued his tradition of using solely analog equipment, including his famed Roland TR-808. His music continues in 2018. 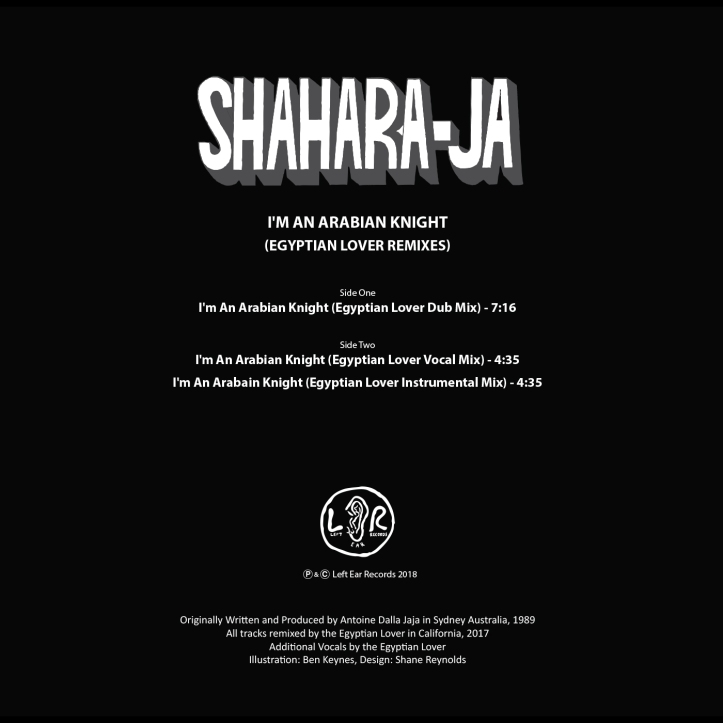