Now the dynamic Time Capsule label is really moving through the gears, with the reissue of Gigi’s Illuminated Audio, this Bill Laswell produced album is pressed on double 180g vinyl for the first time since 2003’s CD release. It’s a joy to hear this resurface.

With a collective of expert currators selecting rare and obscure musical delights and news of two new additions to the catalogue – Gigi’s offering is out now and Bombay S Jayashri’s Shravanam in June – the Time Capsule label is a beacon of supreme music, as well as education and digging (just check out their artist biographies and new record shop on their exquisite website).

As the Time Capsule website explains: “Ejigayehu Shibabaw was born in 1974 in Chagni, northwestern Ethiopia and by pursuing a career as a singer, went against her father’s strict, traditional gender roles. As Gigi, she embraced the same musical freedom she had strived for in her personal life, incorporating the Ethiopian church, funk, hip-hop, West and South African music into her work. She first settled in Nairobi, then Addis Ababa, where she quickly established herself as one of the city’s leading singers. A move to San Francisco in 1998 led to a long and fruitful creative partnership with bassist and producer, Bill Laswell.”

Enter Island Records head honcho Chris Blackwell, who had stepped away from The label to start the art house film company and label Palm Pictures. He pulled together an all-star cast of musicians for Gigi’s self-titled US debut album, including Herbie Hancock, Pharoah Sanders and Wayne Shorter.

Journalist Tyran Grillo, who has compiled the liner notes for this reissue with thorough research and meticulous care, explains how her first album earned international critical acclaim for making Gigi a “defining voice for the Ethiopian expatriate community” and “a shower of sunlight on her homeland for those ignorant of its struggles”. It’s success encouraged a return to the studio, a revisit of the album and the resulting Illuminated Audio. Laswell worked with Gigi’s original vocals and produced a dubwise masterpiece, Gigi was present to bless the work and “create a different music language that really puts you in a pleasant place,” she remarked at the time.

Label producer Kay Suzuki has a host of collaborators lined up and has music lovers eagerly waiting for more.

Time Capsule collective member, Hidaka, has been a key conduit and the “go-to-guy” for Japanese music by labels in the West during the last two decades. He has lived in the U.S and London and has worked for one of the biggest independent labels in Japan, P-Vine Records as A&R, he’s worked as an overseas liaison for Flower Records, helped launch Wax Poetics Japan, supervised the reissues of Tony Allen’s solo works and supervised many reissues of iconic dance labels such as Salsoul, West End, P&P Records and Streetwise in Japan, and has also A&Red several mix CDs by DJ Nori (who introduced Hidaka to Illuminated Audio), Dimitri From Paris, DJ Spinna and Idjut Boys. Recently, he has also been working for a number of European labels such as WRWTFWW / Mental Groove, BBE, Mr Bongo, Music For Dreams and Archeo Recordings to secure licensing for each label’s Japanese music reissues, as well as being an agent and tour manager for Midori Takada in recent years.

The website has a whole host of mixes related to the various curators. More can also be read about the production aspects of Illuminated Audio and more on Laswell’s genius. The enigmatic producer’s work as Material and reinterpretations of Bob Marley, Miles Davis and Santana do more than stand the test of time. Increasingly, Laswell’s visionary work is being recognised for it’s ethereal beauty and architectural complexity, by producers, DJs and musicians – and rightly so.

The next Time Capsule by Bombay S Jayashri promises to be another reissue of sonic beauty and wonderment. More to follow soon on WTM, or check out the Time Capsule website for another biography of impeccable depth and interest. 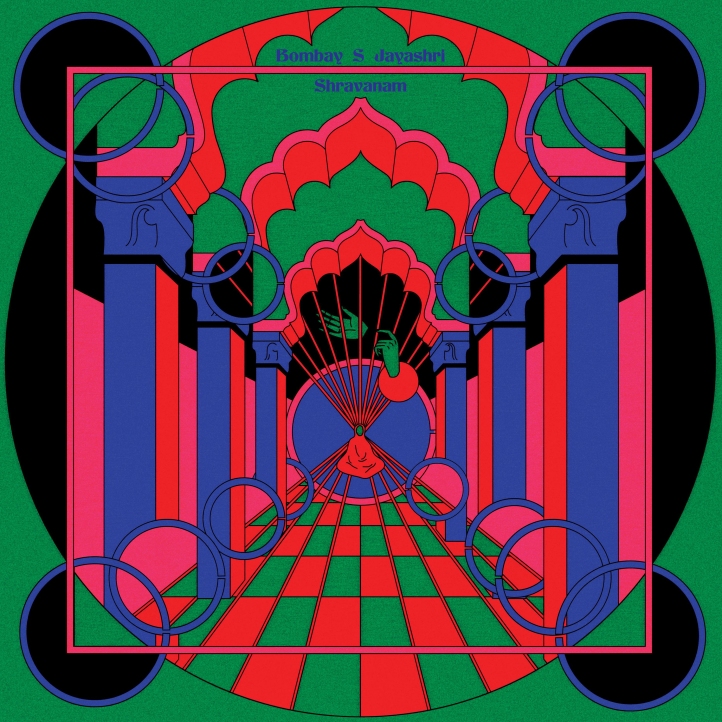