New record label Night Dreamer is cutting studio sessions straight to vinyl – after just one take – and has launched this week with an EP by Afrobeat legend Seun Kuti and Egypt 80. The essence of ‘direct to disc’ recording was realised after a session at Artone Studio in Haarlem, Netherlands, in May. Afrobeat legend Seun Kuti dropped into the studio with his dad Fela’s original backing band, Egypt 80, while taking a break from a world tour. Further sessions by the likes of Seu Jorge, Sarathy Korwar and BaBa ZuLa have been recorded and are scheduled for release in 2020.

The London-based label explains: “The philosophy of Night Dreamer is about bringing together artists of a certain calibre who thrive off live collaboration and improvisation, not scared of taking risks and who vibe in the moment – a sense of heightened artistry, if you will. The selection of artists and the resulting sessions, whilst not defined by what style of music they play, is near-always spiritual, charged by Shorter’s ‘paradox’ of the levity of liberation vs. the weight of expectation; trust in raw musicianship vs. vulnerability of exposure. Powerful.”

Named after Wayne Shorter’s 1964 album, Night Dreamer, the label’s ethos emulates classic Blue Note releases. The use of vintage mastering and recording equipment, including one of just four remaining RCA 76D mixing desks – the same model as used at Sun Studios – makes evident the attention to quality, detail and recapturing of that past spiritual essence.

Gilles Peterson is one of the most influential taste makers, DJs and radio presenters in the world and has witnessed one of the sessions: “What an experience to go and watch the direct to disc process for the first time, starting at the studio ending at the factory – how a record is made in one take,” he said. “The sense of jeopardy counting down to the moment of recording captured something very special when I was there watching Seu Jorge and Rogê. That moment will never leave me.”

Seun and Egypt 80 cut all four tracks (two per side) in a single take, without rehearsal, on their second day, and started the recordings just minutes after Seun walked into the studio. The recordings were cut to a Neumann VMS70 lathe, capturing the urgency of the performance, the atmosphere, as well as the vibe and any imperfections. 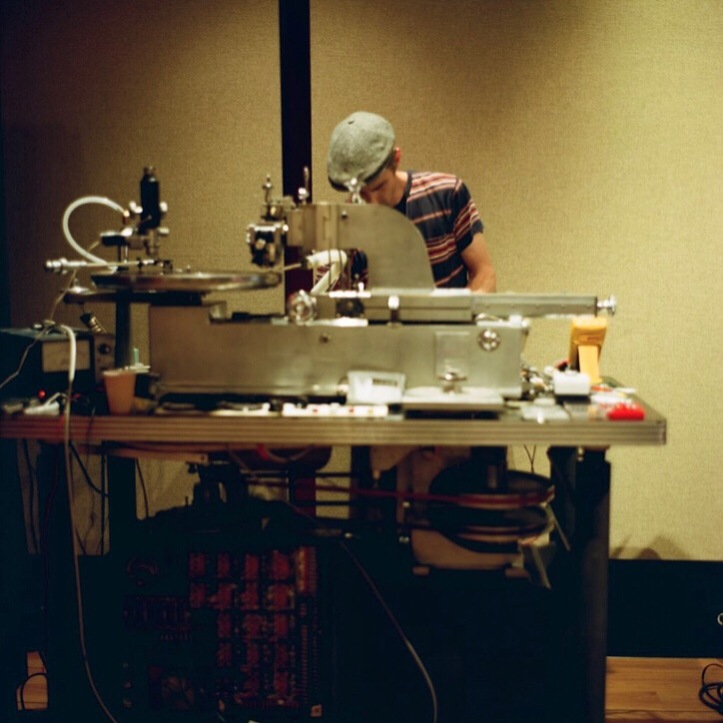 In 2020, Night Dreamer direct to disc releases continue with a very rare acoustic album by Brazilian singer and actor Seu Jorge, accompanied by long-time friend, collaborator and guitarist Rogê. There’s also a session by UK/Indian percussionist Sarathy Korwar, who recorded over four hours of almost complete improvisation, plus a session by Turkish psych outfit BaBa ZuLa. A session with US based sax player Art Baden and his Quartet is also promised.