A sure contender for best album of this bizarre year, Tvii Son’s self-titled album on MIC Records is a dubwise document of dreamily jangly post-punk melancholly and sublime, effortless industrialised funk. Tracks such as Out Of Vogue and Am I conjure the spirit of the NY underground or Sheffield’s best – alongside interludes of tight, neck snapping grooves – perfected over decades of musical immersion. The trio of Florian, Mika Shkurat and vocalist/writer Lucy Zoria sound amazing in beautiful dystopian harmony. Lucy’s vocals omit not-give-a-fuck supremeness, inquisitiveness, cold-wave disdain, and are so visceral in effect.

Tvii Son’s name and self-titled album was chosen “purely for how cool the letters look on the page, but conceals intriguing lyricism (it means “your dream” in Ukrainian), and likewise their sound’s simplicity hides deep intellect and emotion,” MIC Records label head, Nicole McKenzie, explains. 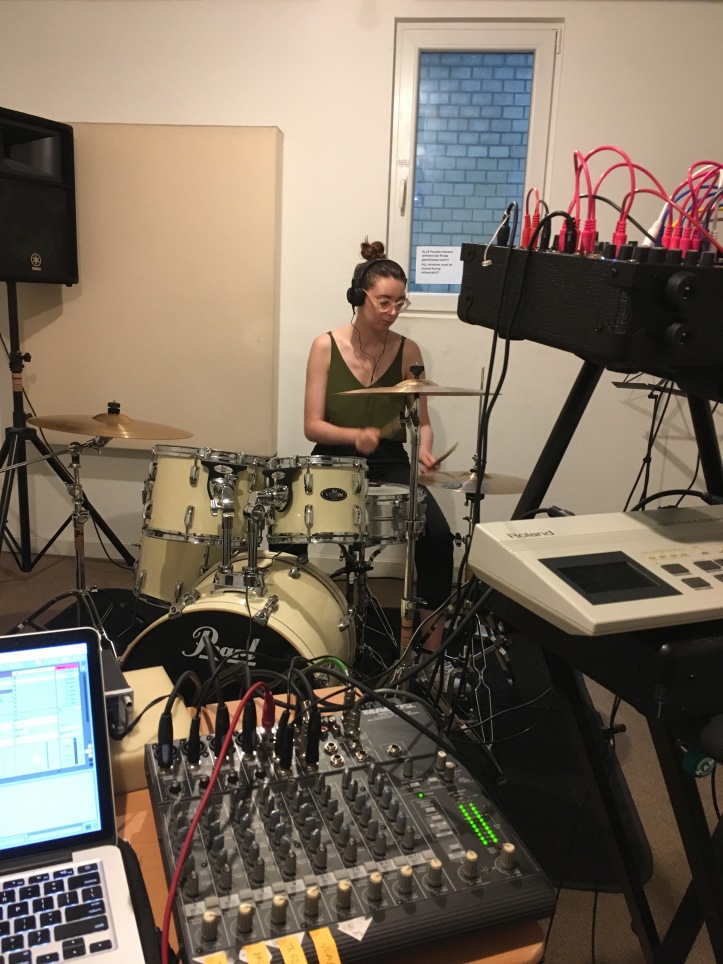 The trio’s roots are in both Kyiv in Ukraine, and Berlin, as well as in Lucy’s part-American upbringing. All three members have backgrounds in punk and various alternative scenes, immersing themselves in everything from 90s WARP records to anime soundtracks. Berlin’s deep rooted electronic music culture and a proud sense of increasingly confident Ukrainian identity, still carrying the energy of the 2014 revolution, can be heard – although potentially mutating with each new composition, darker than before.

Mika worked on some visuals for Florian’s modular synth band Driftmachine and a lasting friendship was forged. Mika and Lucy met sometime after and formed the trio Nisantashi Primary School, meaning Florian heard Lucy’s unique style when Nisantashi played Berlin in 2018. The trio formed soon after.

“Over 18 months, they built their frameworks of abstract sounds made into immediate rhythms, with Lucy’s style adapting to the grooves until the total sound you hear now had coalesced,” the label adds. “You might detect hints of King Midas Sound in the dub spaces, a little Pan Sonic in the crackle and hiss, some classic electroclash in the sass of the songs, even a bit of cheeky dancehall and grime in the sprung rhythms of Simple Ends and Kilang – but most of all you’ll naturally focus on the totality of those songs. It only takes one listen for Lucy’s memorable phrases like “clinging to what we love as it slips out of vogue”, and “give me your chastest kiss” to fix in your mind, and a second listen for the songs to become old favourites. The roots of this record might be tangled but its effect is brilliantly, beautifully direct.”