Asha Pulthi’s debut is reissued by Mr Bongo (with more to come) the Indian singer-songwriter made Loft classics, was sampled by Jay Z, 50 Cent, The Notorious B.I.G. and worked with Ornette Coleman and Goblin 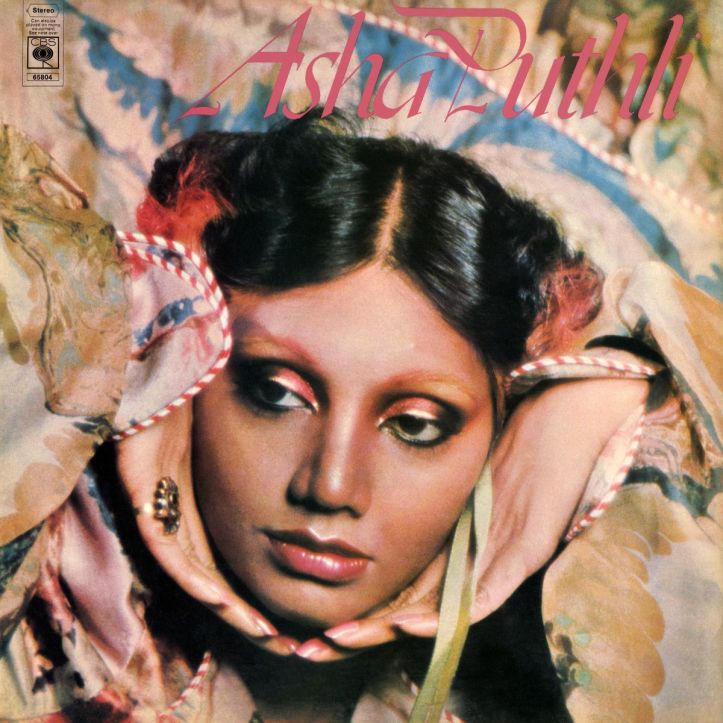 Mr Bongo puts it better below and they’ve even published a throrough interview with the star in June 2019, it’s a great piece.

“Whilst flicking through the racks at Mr Bongo’s record store we curiously pulled out a copy Asha Puthli’s self-titled album from 1973. Initially attracted to the striking sleeve (a classic Mick Rock portrait of Asha), we became instantly hooked upon hearing the album’s opening track, Right Down Here. This spark of interest in Asha and her music led to an interview and feature on our website, followed by a personal meet-up with the great lady herself. Plans for this reissue were hatched, and we are very proud to present it to you now.

“There are not many artists whose discography includes working with Ornette Coleman and Goblin, crafting celebrated New York underground disco classics and being sampled by Jay Z, 50 Cent and The Notorious B.I.G. Furthermore, there are not many artists as inspiring and creative as Asha. She played by her own rules, whilst surfing genres like a musical space-cadet, fashioning a career in her own unique mold.

“Asha‘s debut self-titled album is a wonderful fusion of jazz, soul, blues, and disco. It includes an outstanding cover version of J.J. Cale’s Right Down Here; a track which Asha has made very much her own by flipping it into a deep-funk groove with sultry ethereal vocals and a drumbeat almost ready-made for samplers of the future. The record was produced in the UK by Del Newman, who had worked with Carly Simon, Cat Stevens, and Elton John to name a few. It was released on London CBS records in 1973. Shortly after the release of the record, Asha (who was born in Mumbai), was banned by the Home Office from working in the UK for a period of time due to visa issues. These obstacles along with problems with her recording contract did not hold her back. Asha moved on and continued her musical journey elsewhere. This resulted in further astounding creative works that Mr Bongo will also be presenting soon.”

Respect as ever to the team at Mr Bongo – order your bits from a leading supplier of the finest sounds since 1989 – https://www.mrbongo.com