This is a must for Latin music enthusiasts. Online blog Sounds and Colours has published Peru – a document of everything that’s happening in Peruvian culture right now, as well as its cultural past and astonishing musical legacy.  The book has 200 pages of articles, illustrations and photos, along with a 19-track CD full of new Peruvian music and a DVD collecting together 13 short films that show Peru’s local music scenes in extensive detail. 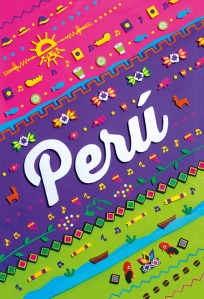 There has been a wave of Peruvian dance music released in recent months with the label Tiger’s Milk and this new addition to a rapidly evolving collection of old and new music. Afro-Peruvian, Andean and Amazonian culture is being celebrated and brought to music lovers everywhere.

“Basically Sounds and Colours started in 2010. I had been traveling around South America for over a year and, as a big music fan, I had spent a lot of the time while there asking locals for recommendations and interesting things to listen to. After being given a lot of bad music to put on my mp3 player (including far too much Argentine rock!) I had slowly started to find artists that were completely mind-blowing and sounded like nothing else out there.

“I already knew a bit about Brazilian music but Os Novos Baianos and Ney Matogrosso were completely new and big revelations to me. Similarly, in Uruguay I discovered Eduardo Mateo, who is perhaps one of the most incredible, misunderstood, daring and compelling musicians I’ve ever heard.

“When I got back to England I wanted to find out more about these artists but there was nothing at all in English, so I figured I’d start a blog and wrote a few articles. Very soon, we had followers and people offering to write for the site. Sounds and Colours was born. When I then found a pretty cool scene in London, led by people like Movimientos, Arriba La Cumbia! and a very cool Brazilian magazine that existed called JungleDrums, it seemed like there was a community out there for sharing the very best of what was happening in Latin American culture. 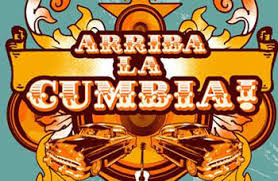 “From there it’s been onwards and upwards really. The website has continually grown, and then in the last few years we’ve started doing publications – part-book, part-fanzine, part-music compilation, and that showed a wide view of each country, as opposed to one person’s opinion. Our first book was Colombia in 2012, and we followed that up with Brazil in 2013 and Peru now in 2015. 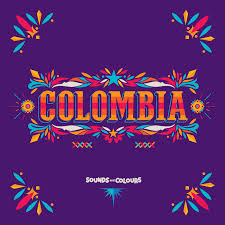 “I compiled the compilation along with Amaya García-Velasco, who’s a Puerto Rican music nut. I had picked up lots of CDs when I was in Peru, and am always listening to new music online, so we collected together a load of stuff we liked and then sent selections back and forth, also asking groups like Los Chapillacs and La Mecanica Popular if they had anything exclusive we could feature on the comp, and generally always got a positive reaction. Although the music scene in Peru is largely focused in Lima we tried to show a wider variety of stuff and have some indie-folk and electronic beats from Cuzco, as well as Los Chapillacs’ punk-cumbia from Arequipa, and Los Cholos, who are a legendary folk group from Ayacucho.”

Highlights from the book include:
A focus on Lima with articles about the underground music scene, CD piracy industry, Lucha Libro writing contests, pop typography and Peruvian cumbia.
A section on Andean culture with photo essays of Takanakuy and Chiaraje annual festivals, as well as essays about Peruvian folkloric music and Yma Sumac.
Documenting of Afro-Peruvian culture with articles about traditions in Lima, Zaña and Chincha, as well as an interview with Susana Baca.
A series of articles dedicated to Peruvian cinema and literature.
A focus on Arequipa with articles and photos documenting underground music and art scenes.
A collection of 13 short films made by French film-maker Vincent Moon during his 2013 trip to Peru, showing the saxophone bands of the Andes, Lima’s criollo music traditions.

All images courtesy of Russ Slater.