Preacherman aka Tim Jones aka Midi Man aka Ironing Board Band is the latest artist to be unearthed by Luaka Bop. Following highlighting of other psychedelic luminaries – Shuggie Otis, Tim Maia, William Onyeabor and Doug Hream Blunt – this release nestles nicely between them and is out now. 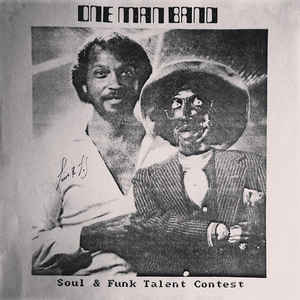 A typewriter repairman for IBM by day, fixing Selectric Typewriters and word processors, Preacherman (or other alias) spent his nights during the early 80s performing in the dimly lit lounges of Las Vegas. Playing his modified Hammond organ, he’d changed to play a Moog synth and a ‘singing’ ventriloquist dummy called T.J Hustler, together they engaged in long philosophical soliloquies over new age lof-fi funkiness.

T.J. Hustler is Jones’ most notable alias now following the reissue of the mega-rare Age Of Individualism LP from 1979. In the years since, he’s released two even rarer CD’s as Preacherman, captured on this Luaka Bop reissue: Universal Philosophy: Preacherman plays T.J. Hustler’s Greatest Hits. 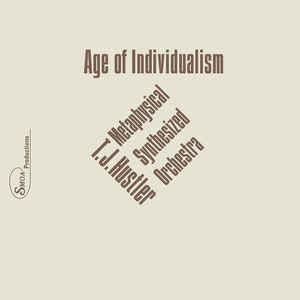 Jones has always been fascinated by technology and is an engineer in his own right. He adapted a Hammond B3 organ to play a Moog synth with some of the organ’s keys (some sYll played the organ) and also adapted the organ’s foot controlled bass levers to play two Moog synth bass pedals (a failed item Moog made for a few years). These days Jones is CEO and founder of Up ProducXons and lives with his 103 year-old mother overlooking Lake Merric. Perfomances nowadays feature his Casio CTK-7200 keyboard, equipped with five wireless mics and a P.A.With this Jones performs karaoke and whatever song request his audience might have. Unfortunately, T.J. Hustler (the puppet) lives in a storage unit in Las Vegas, Nevada, along with the modified organ.

Universal Philosophy grants listeners access to this unique, otherworldly, homespun, folk art funk; concise and Jones’ revealing stream-of-consciousness. It is out now thanks to Luaka Bop.