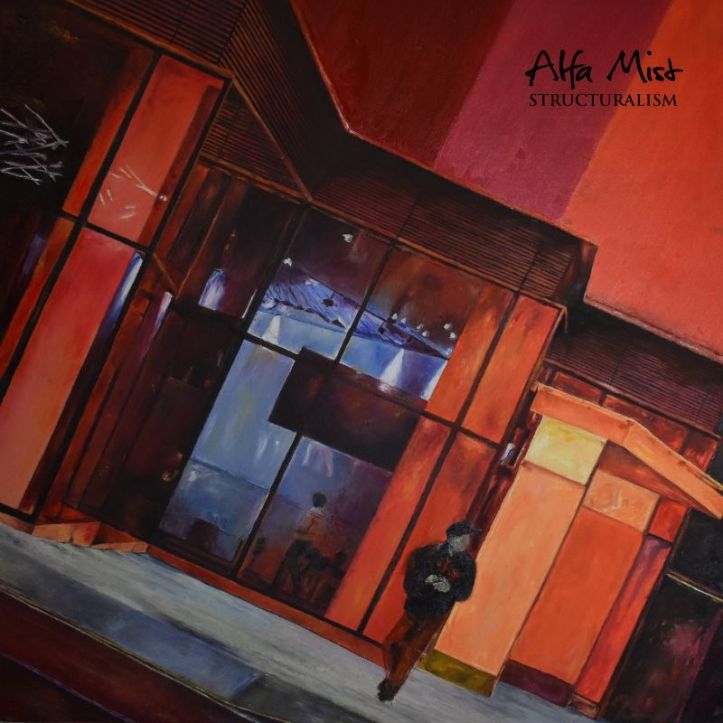 Alfa Mist has followed up his debut album with his second LP, crowning a European tour and gaining acclaim from everyone from Frank Ocean to Gilles Peterson.

The gifted London-based pianist and composer’s latest album Structuralism is an eight-track LP and follows the success of Antiphon. It features guest vocals from Kaya Thomas-Dyke (also the album’s cover artist) and Jordan Rakei.

Rather humbly, for an artist of such revered artistic expression, Alfa says: “Communication is my natural enemy. I’ve never been great at articulating myself… I just think on things too much.”

“I have been affected by my environment. My upbringing has shaped me in a way where I do not know how to communicate. Structuralism is about me saying I am who I am because of my environment and society, but accepting that.”

The Newham artist only started playing piano at the age of 17, “I did a BTEC in music, in college, but I wasn’t allowed piano lessons because only the A-level students could get them for free… There are no music people in my family…I thought, ‘I’m gonna teach myself’.”

A decade on and Mist is now considered one of the most highly-regarded, new-wave players on the London jazz circuit.

Structuralism is out now on the Sekito label and Alfa Mist is touring in the UK throughout May.