Damily’s sound is distinctive – frantic guitar playing over fast dance rhythms – and his blueprint is found on this six-track special project, released as a limited edition, screen printed vinyl and digital download that has transformed the original lo-fi cassette recordings into something to behold. The label explains: “A tsapiky orchestra is not a group of musicians, it’s a group of musical equipment: an electric guitar and bass, drums, two amps, one or two speakers and one or two microphones for the voice(s). And of course the generator. Owning equipment was something that happened as you got older. Instruments were unaffordable for the vast majority of musicians, and very few of them possessed their own. Damily only bought his first guitar in 2000.” 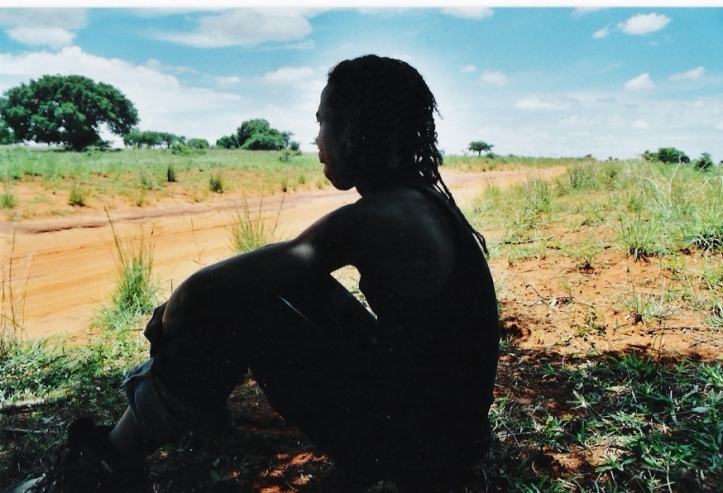 Early Years : Madagascar Cassette Archives, returns to the roots and beginning of Damily’s recording history, with a series of tracks chosen from four of his albums recorded between 1995 and 2002. Sung in Malagasay, the tsapiky sound typified by Damily is driven by a scorching beat played on drum heads made out of zebu pelts (from South Asian cattle), wrecked electric guitars, high pitched voices and all played and recorded on local self-built and DIY gear. Damily’s particular take-on tsapiky music comes from the south west region of Madagascar, his native city of Tuléar and the bush around it.

Born in 1968, in Tongobory, Damily was a devoted pioneer of the tsapiky tradition and performed at a range of parties, funerals and weddings, or other ceremonies. As a child, he played in his village on a small three-stringed nylon guitar, and then on a local guitar made by his neighbours. Because of his rather short fingers, his little finger could hardly touch the low strings on the top of the neck. Rather than removing the sixth string, he developed a special technique with the two bass strings (fifth and sixth) being played or released at the same time, as the other fingers were hitting the high strings. This way of playing added depth to the harmonies and his newly invented technique was taken up by other guitarists – eventually becoming a mark of tsapiky guitar playing and the genre in general.

Bongo Joe pay tribute to this Malagasy musical hero of 30 years, renowned as the most prolific tsapiky artist and a true pioneer and now of international recognition acclaim after his last album Valimbilo – released by the label in 2018.

The compilation is out later this month. Visit the Damily Bandcamp page.