Double album reissue of the great Caiphus Semenya – the South African star who cracked America, his classic LPs are out again through Be With Records

A great double header has been announced from the reissue label Be With Records; Caiphus Semenya’s Listen To The Wind and Streams Today… Rivers Tomorrow albums are re-released in September. They’re two gorgeous listens and fuse a range of styles, being superb examples of transglobal pop and the type of early ’80s fusion that paved the way for numerous ‘world’ pop classics of the decade. It follows Be With’s reissue of the amazing 1983 album In The Music The Village Never Ends by Semenya’s wife Letta Mbulu, containing the sensational and stand-out Nomalizo and some lovely upbeat songs. 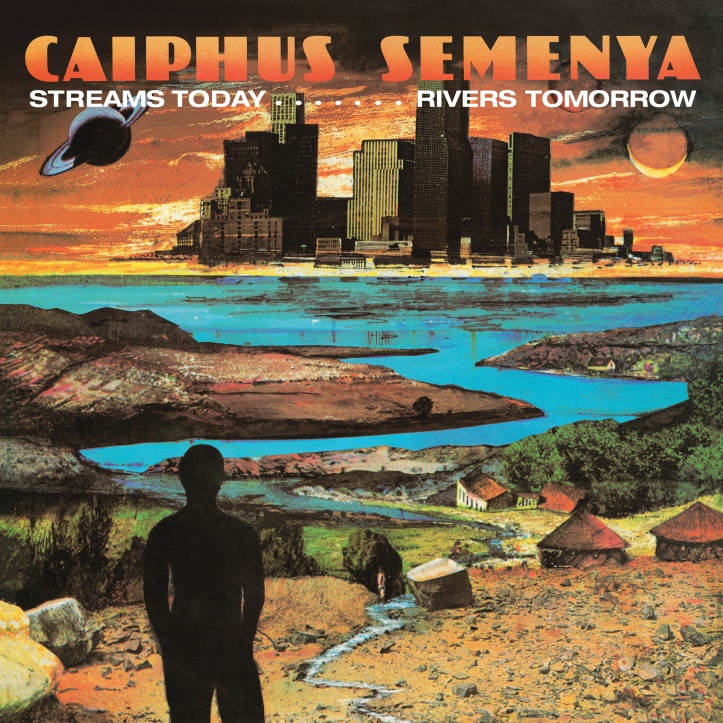 Both albums will find favour with Be With Records’ loyal fan base, always being served with welcome revives of a range of album choices, attuned to the market (often great pressings of expensive OG records) and ever evolving tastes (with fans’ feedback on reissue projects always considered carefully).

Listen to some highlights on the second LP here, breezy and funky:

Ongoing violence and instability in apartheid South Africa meant that Semenya left the country in 1964 and travelled to Southern California with his wife, going on to work with artists including Nina Simone, Hugh Masekela, Miriam Makeba, and Quincy Jones, releasing his own albums as well. His debut and self-produced album Listen To The Wind was released in 1982, with vocals from Letta Mbulu and a band including Nathan East, Michael Stanton, Sonny Burke and Paulinho Da Costa.

Following up with his second solo LP two years later in 1984, Streams Today… Rivers Tomorrow fuses feel-good boogie and disco, while also sounding fresh and a new direction at the time. It features Jabu Nkosi on keyboard, Semenya and Craig Harris on synth, Sipho Gumede on bass and Condry Ziqubu on guitars.

Be With Records’ reissue of Listen To The Wind and Streams Today… Rivers Tomorrow follows the label’s first official 12″ release of singer Billy Paul’s songs Let The Dollar Circulate, as well as an resissue of the club classic East LP, in August.

Watch this space for plenty more on the label’s forthcoming releases, there’s plenty in store over the next few months. They’re very busy right now!

Click here to pre-order a copy of Listen To The Wind, and here for Streams Today… Rivers Tomorrow, which are released on September 18th.