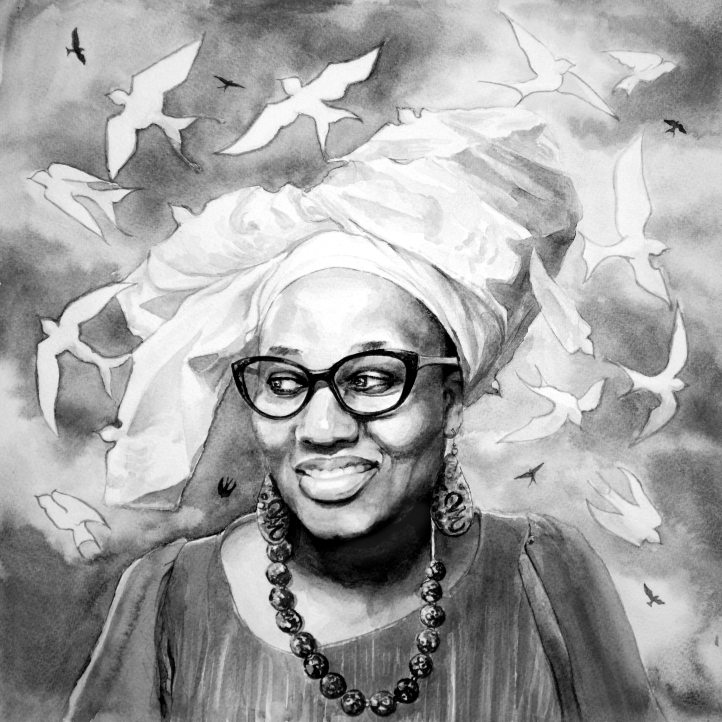 Mow Records drop their third album L’enfants De Kita – all produced by label owner Mowgan and this time featuring the vocal talents of Fanta Sayon Sissoko from Mali. The album was recorded in Toulouse where Fanta is based, she is a singer with a musical family – her father played guitar and ngoni for Senagalese singer, Baaba Maal and her grandmother is Kandia Kouyaté, one of Mali’s best-known griot singers.

Mowgan collaborated after moving back to France a few years ago and bumping into old friend, Eric Diaouré, a musician from Mali who arranged the meeting with Fanta. This is the third in a five album series that has already featured Solo Sanou and Kaleta. Solo’s collaboration Soya was the second release, with him playing percussion, Mamadou ‘Madou’ Dembele, a multi-instrumentalist playing ngoni, Yohan Hernandez on guitar and bass, plus Madani Touré (aka Chanana, a famous Malian rapper from the 1990s) contributing to lead vocals on the album’s title track.

All of the series has so far been digitally released, as well as on vinyl by Mow Records. Each project has showcased a range of musicians and performers of African heritage and the electronic production of Mowgan.

Find out more at the Mow Records Bandcamp.