Technoir drop their new album ‘Never Trust the Algorithm’ via Kengah Records – its a dark, conscious and soulful album that joins dots between Radiohead, hip hop and comicbook dystopia 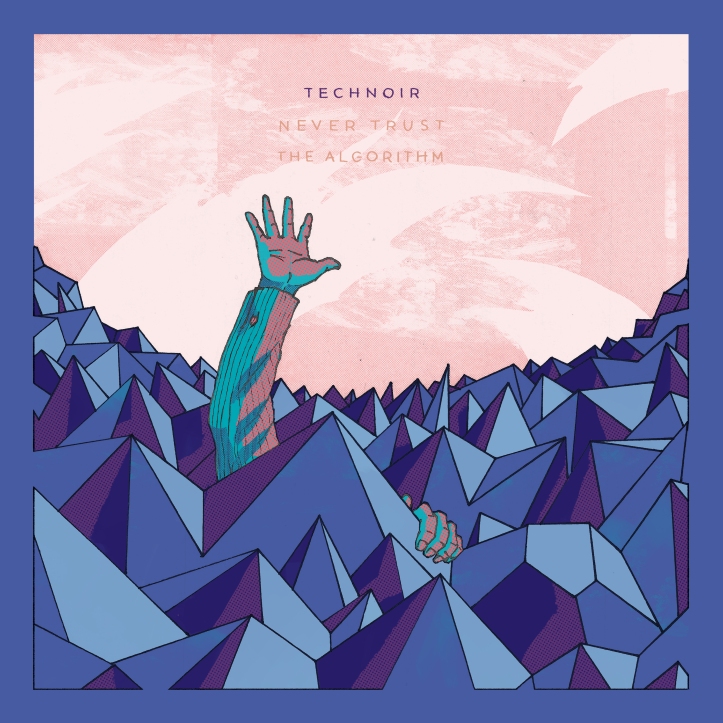 Milan based couple and artistic duo Technoir serve up darker corners of soulful electronica here with their new album Never Trust the Algorithm, their second LP fuses their love for hip hop, Radiohead and Frank Miller comics. It’s out today via Kengah Records.

The duo’s debut album NeMui (2017) flowed much differently to their latest album, which brims with anxiety and foreboding. Technoir’s vision of the future is far from beautiful and points at the powerful companies who continue to hold onto the keys to the algorithms. They want our humanity back and to construct our future in a better way, and if they can’t get it, as Alexandros says: “We’ll just sit around and listen to Radiohead”.

“There are a lot of feelings, often polarised, in our records,” says Jennifer. “Nowadays music is so full of light, sometimes just light, but that’s not our reality.”

Hater’s Hate refers to the constant negative content the couple read and experience online and importantly how that influences us, even if it’s not obvious at the time. Jennifer Villa and Alexandros Finizio – who make up Technoir, referring to the dystopian science fiction genre – are the total creative force behind the project. Alexandros is on song writing and production, both of them sing and play multiple instruments, with both carving the artworks and videos.

The album gives an instantly likeable sound, underpinned with insight into the couple’s place in a world where social media and technology dominate our existence and algorithms favour the select few, monopolising art, culture and life.

Initially they met in Genoa in 2010 and five years later released their first record, the Soundstrokes EP. A year later, Afropunk – the festival and music brand who pioneer a diverse spectrum of black origin music – gave the duo the opportunity to perform at Paris’ infamous venue, La Maroquinerìe. That steered the group as they went onto release their debut NeMui which won plaudits across Italy leading to tours and festival performances home and abroad. The Afropunk connection also helped formulate a new dynamic for the pair – they were viewed through a black music prism and for a couple with Ghanaian and Greek origins, yet Italian in their upbringing, the association helped build interest in the group’s music.

“It’s a kind of positive racism,” says Jennifer “People assume I’m a wonderful singer because I’m black. In Italy, like everywhere I assume, the music industry plays on these stereotypes. We don’t want race to define us but people always have pre-conceptions. So it’s a force for good and bad.”

The couple’s experiences with racial prejudice, as a black and white couple living in Milan, has always existed and despite Jennifer being adopted and brought up by a white Italian family, it’s an on-going destructive weight for Jennifer.

With their debut single, The Dreamer, they offer as close to a pop tune as they have in their armoury with both Jennifer and Alexandros calling and answering, with strings, fuzz guitar and a sense of yearning.

There’s plenty more to see and hear at the Technoir Linktree.