Moğollar are the eighth Night Dreamer direct to disc session – the Turkish psych innovators are loved by collectors, sampled by J Dilla and have shared two singles and videos from the studio jams

The session marks the eighth instalment in Night Dreamer’s direct-to-disc series that includes the likes of Sarathy Korwar, Emma-Jean Thackray and Gary Bartz & Maisha. All of the sessions have some fantastic accompanying footage and the concept of direct-to-disc involves bands jamming out material for an album and that is cut there and then. Haliç’te Güneşin Batışı D2D Session follows the first taster Iklığ D2D Session for the forthcoming album.

Haliç’te Güneşin Batışı was first released as a single in 1970 by Moğollar. The full album will be available digitally and across a two vinyl LP set on December 11th. The session was produced by BaBa ZuLa’s, Osman Murat Ertel, who helped capture the stellar line-up – of Cahit Berkay on yaylı tambur (Turkish lute); Emrah Karaca on vocals; Serhat Ersöz on keyboards; Taner Öngür on bass guitar and vocals; Kemal Küçükbakkal on drums; and Ümit Adakale on bendir (a big drum) – bringing Moğollar’s original psychedelic rock full circle, with the contemporary Anadolu psych it inspired.

For this Night Dreamer session, Moğollar spent two days in the Artone studios, recording sides A and B on the first day, and C and D on day two.  Ertel added contemporary sonic punch behind the boards and the band revisited their most renowned hits, as well as dusting off some of the most sought-after cuts from their enormous catalogue.

Formed in 1967 with keyboardist Murat Ses at the helm, Moğollar were the original Anadolu psych originators. They were the first Turkish pop band who tried to blend the microtonal folklore and traditional instruments of rural Anatolia with Western pop and rock. They were also the first Turkish psychedelic band to achieve overseas recognition, winning the prestigious French Grand Prix Du Disque in 1971 after a period in Paris. And they also coined the phrase ‘Anadolu Pop’ with their first album release. They were radical, innovative, and hugely popular, stars including Barış Manço, Selda, Cem Karaca and Ersen all recorded with them or briefly joined the line-up. 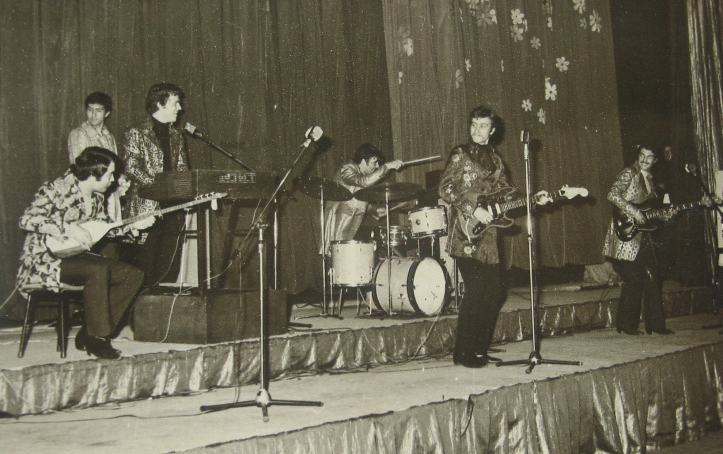 More than 50 years after first forming, Moğollar’s masterclass in fuzzed-out folklore and Turkish psychedelic roots will be out soon.