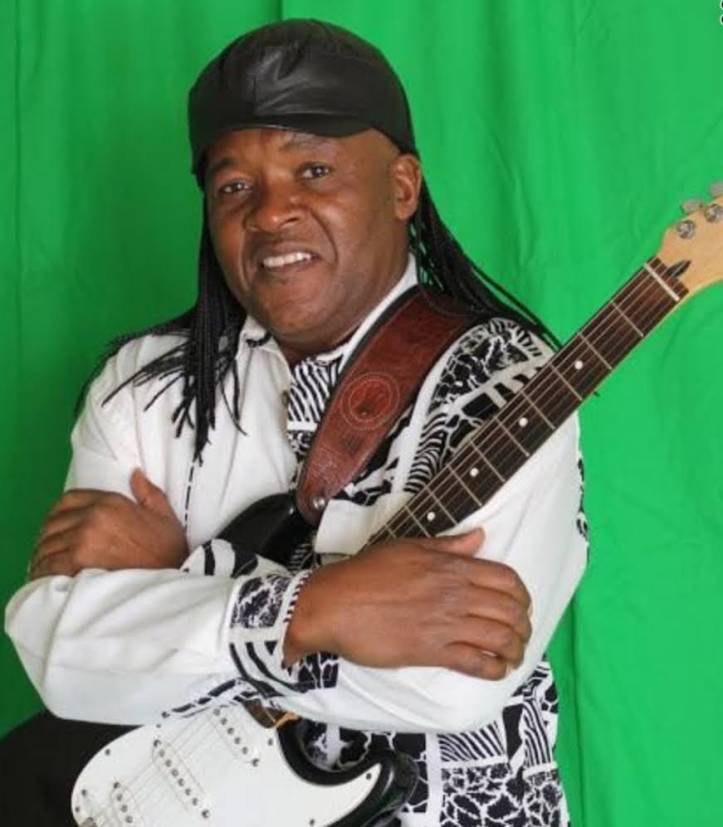 A killer reissue on the way – Condry Ziqubu’s Gorilla Man is a much coveted dance anthem from South Africa, and is coming with three other choice cuts from this master – thanks to Afrosynth Records.

Dave Durbach, the head of Afrosynth is a hero of WTM. His journalistic precision and tireless coverage is so admirable, and as a record store owner in Johannesburg, as well as a world-class DJ (Okapi) – and of course an internationally acclaimed label boss – it makes him a key link in celebrating South African music worldwide.

Ziqubu is a class act. “A regular on the local soul scene since the late 1960s in groups such as The Flaming Souls, The Anchors and The Flaming Ghettoes,” Dave explains. “By the mid-80s Condry Ziqubu had qualified as a sangoma (traditional healer), recorded with Harari (the biggest group in the country at the time), fronted his own group Lumumba, and travelled the world as part of Caiphus Semenya and Letta Mbulu’s band. In 1986 he ditched Lumumba and released his first solo hit, Gorilla Man. Opening with an audacious 20-second intro, the song tells the story of a man preying on women in downtown Johannesburg. It highlights Condry’s winning formula of lyrics that touch on everyday South African issues and places (without drawing the attention of apartheid censors).

“Musically the song draws obvious influence from Piano Fantasia’s 1985 Euro-disco hit Song for Denise. Also included on this new anthology is another song from the same album, the politically charged Confusion (Ma Afrika), as well as Phola Baby from his 1988 album Pick Six – a call to men to “stop pushing your woman around … what kind of man are you?” – and Everybody Party from 1989’s Magic Man, a straight-up party song with no political or social intimations, other than as a brief escape from the harsh reality of the time, one that still resonates today.”

As Ziqubu explains, in the extensive liner notes provided with this reissue: “I had a song that got interest in Europe, one of my songs called Gorilla Man. Also like Harari, it was released in Europe. I was called one time by Peter Gabriel, and then I thought things were happening for me. He just called, ‘Is that Condry?’I said, ‘Yes.’ He said, ‘I’m Peter Gabriel.’ I just couldn’t believe it. It was the late 80s. So they got interested in that song Gorilla Man. And things were going to shape up. But eventually, I don’t know, for some reason it faded away.”

Much of the musical output around this time was subject to strict control by the media in South Africa, as well as exile imposed on musicians who were critical of the regime – outside of the country especially, if the artists resonated overseas. Ziqubu, when asked whether he was ever tempted to choose exile, like so many of his contemporaries, he replies: “No, I didn’t even think about it… I was married already.

“For me to go into exile, it was out of the question. It never even entered my head. I was just there [outside SA] to make money, to play and come back. The 80s were happening hey. We kept the home fires burning while people were in exile. We were trying to really show our support, and that they must come back home.” More albums by Ziqubu followed in the early 90s: No Money, No Love (1991) and Jealousy (1993). And after the fall of apartheid, the return of SA’s exiled artists, he then got to feature on Semenya’s Woman Got A Right To Be (1994) and Mbulu’s Not Yet Uhuru (1996), further cementing his legendary status.

Today, the music of Condry Ziqubu is still synonymous with bubblegum, the sound of the 80s in SA. “It was just a term that was given, he says. “I think the people who came up with that term was the media … Some of the musicians didn’t like it – because you know what it meant – you chew it up and throw it away – but it was just the name of the music.

Gorilla Man will be released on vinyl and digitally in February 2021 on Johannesburg-based Afrosynth Records (AFS047), distributed worldwide by Rush Hour in Amsterdam. Pre-order here.