La Chica is a Venezuelan/French composer, pianist and singer and her new project La Loba – out now on the Zamora label – is the result of a spiritual awakening after the loss of her brother.

La Loba – meaning ‘wolf’ in Spanish – is the story of a wolf-woman brought back to life. It’s a sparse and gripping work featuring La Chica’s piano and ghostly voice, floating through electronic flourishes – a departure from her 2019 debut album Cambio. Other themes are based upon the Mexican/Texan legend, documented by feminist writer, Clarissa Pinkola Estés, in her seminal text – Run with the Wolves: Myths and Stories of the Wild Woman Archetype – a story ‘about recreating life and rekindling a woman’s spirit, fighting against patriarchal forces’. The video features a life-like interpretation of the myth, starring La Chica and is not for the faint hearted.

There’s a similarity to Cuban singers and Parisian duo, Ibeyi. But La Chica’s music takes a more psychedelic path and she regularly performs her own rituals inspired by indigenous cultures of Venezuela and beyond, often before practice and live shows. 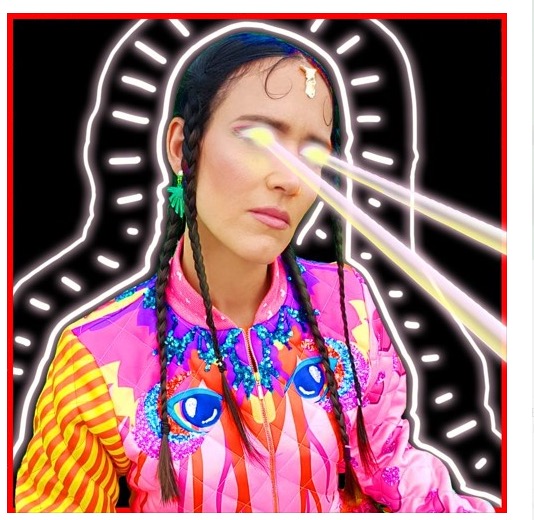 The loss of her brother in July 2020 spurred further spiritual work and personal growth and is also the theme of the first single Drink, sung in English. It’s a frank admission about the loss felt. La Chica explains: “It’s about having my brother inside of me when I drink, and to be able to stay in that state of consciousness.”

Creating a universe around her piano and keyboard, La Chica explores a new found sense of female identity, balancing her Venezuelan and French heritage based in Paris. During the politics of 2020, La Loba is La Chica’s revolution.

Links to the music here.