Don Melody Club takes a break from The Mauskovic Dance Band for a solo cosmic, no-wave album for the ever fresh Bongo Joe – the Amsterdam-based artist nods to a range of Dutch legends 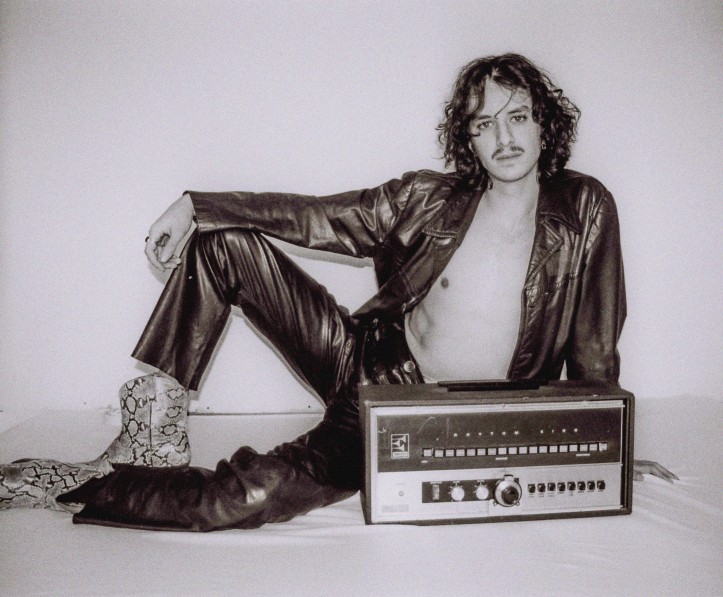 On his new album, Don Melody Club – member of the much loved, tropical futurists The Mauskovic Dance Band – takes the listener on a cosmic, no-wave inspired journey with synths, retro drum machines and a hint of 1970’s West-African swagger.

With a prolonged break from his usual hectic-touring schedule, Amsterdam based Donald “Donny” Madjid, made the most of his time by writing and experimenting with new sounds in his home studio. The resulting nine-track LP Pure Donzin will be released under the artist moniker Don Melody Club, via Bongo Joe Records, with the first single Isabel out now.

Madjid felt drawn to the Dutch literary and musical tradition, following in the footsteps of both classic and lesser known native troubadours, such as Ramses Shaffy and Ronald Langestraat. The album also nods to Dutch new wave legends Doe Maar.

Pure Donzin by Don Melody Club will be out on Swiss label Bongo Joe Records (home to YĪN YĪN, The Mauskovic Dance Band, L’Eclair, among others) on April 30th and will be available digitally, on 12’’ vinyl and CD.