Here’s the first track from Sofa Records and Les Disques Bongo Joe’s compilation – Maghreb K7 Club: Synth Raï, Chaoui & Staiif 1985-1997 – selecting music recorded and produced in Lyon by musicians from the Maghreb region in North-Africa. This compilation brings together eight tracks that were released on audio cassettes only and will be available for the first time on vinyl.

The labels explain: “Most of Lyon’s musical scene is composed of men originating from eastern Algeria, but since the 1950s, the Croix-Rousse and Guillotière cafés have counted musicians from all over Maghreb. These cafés were social hubs, where these individuals met up weekly, playing together and sharing their everyday life experience – but they also had a major role in the development of popular music of French-based North-Africans. In Lyon, Le But Café in the 3rd arrondissement, or the bars on Sébastien Gryphe Street in the 7th arrondissement, were among these – one could conduct business there – getting booked for a wedding, a baptism, a gala, or a studio session… all took place there.” 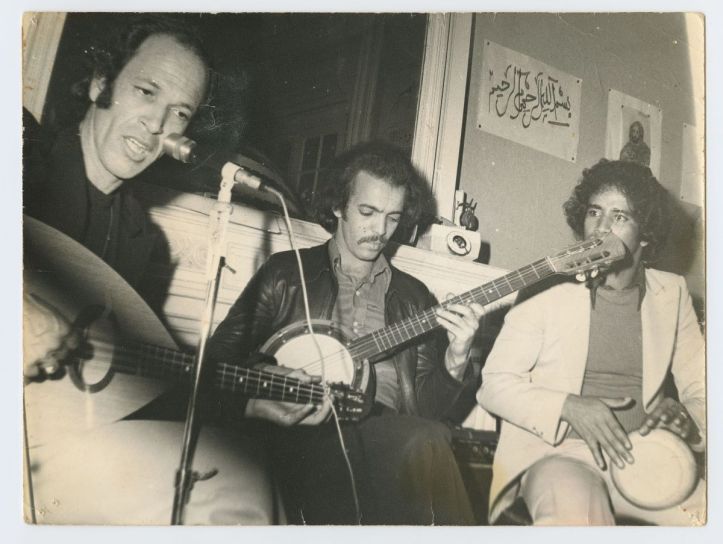 Musical explorations were cross-regional with different North-African influences, also fused with local traditions. The new found musical cosmopolitanism, engineered by the immigrant community, created a cultural melting pot. It was a time of inventiveness and assimilation of available technologies.

“Chachacha or tango versions of some Cheikh El Hasnaoui tracks come to mind, or Mohamed Mazouni’s jerks and twists,” the labels add. “Like their predecessors, the musicians in this compilation brilliantly integrate raï or staïfi tunes with disco aesthetics or funk guitar riffs as Nordine Staifi did. You could also think of Salah El Annabi who used the Oxygene theme (1976) by Jean-Michel Jarre, the Lyon-based composer and electronic music pioneer.”

Listen to the first track offered here, more on the full compilation soon, it’s released in full on March 27th: