Sarathy Korwar is a drummer, percussionist and composer, and with his allstar UPAJ Collective are on the seventh instalment of Night Dreamer’s Direct-To-Disc sessions – redefining spiritual jazz and Indian classical music into sensational new realms.

Winning a Steve Reid Foundation award and most recently winning an AIM award for best independent album for More Arriving, following his Day to Day debut on Ninja Tune in 2016, his mission to blend the forgotten music of the marginalised Sidi community, with jazz and electronics, has been pure joy to behold. More Arriving for Leaf last year, addressing Indian identity in Britain and incorporating spoken word, was again immensely captivating and poignant. Meanwhile, Sarathy established a residency at the Jazz Cafe with the UPAJ Collective, leading to an acclaimed show at Church of Sound.

On this special recording for Night Dreamer, Korwar and the UPAJ Collective collaborate and improvise – nature of recording straight-to-acetate, with just a pause between each record side, was a challenge they fully embraced. Korwar initiated the session by getting UPAJ to sit together in a circle to perform a set of breathing exercises, now a regular part of their gig prep. This set a collective tone, slowing heart rates, making the players centre and feel more present, more aware of the space, as well as each other. As such, trust, communication and ability to relate, came before the instrumentation. 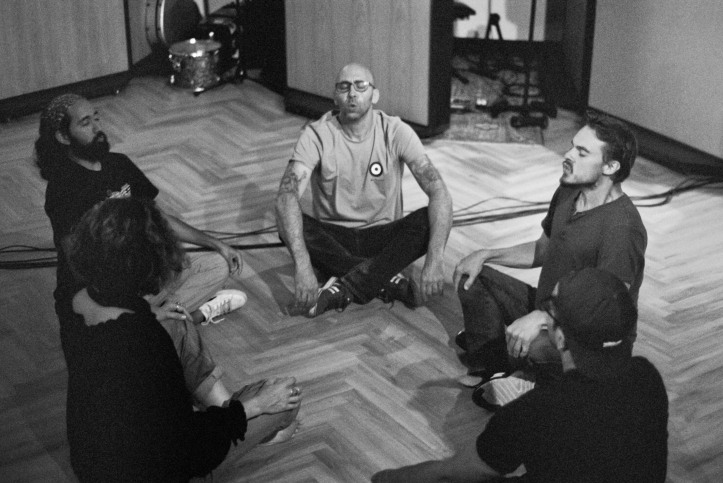 The lead single Elephant Hangover taken from the forthcoming album Night Dreamer Direct-To-Disc is introduced by a flurry of cosmic keys and modular atmospherics by Alistair MacSween leading to a gripping collective improvisation. UPAJ means “to improvise” in Hindi, and recording direct-to-disc at Artone Studios with almost no preconceived directions, they truly capture the “spirit of spontaneous improvisation”, as Sarathy puts it, like never before. Fluent on both tabla and drums, Korwar has firmly established himself on the UK jazz scene and far beyond, having played with a range of artists, from Shabaka Hutchings to Hieroglyphic Being.